A prominent exhibitor at this year’s 2022 National Ploughing Championships at Ratheniska will be well-known Birdhill and Rathcoole distributor, McHale Plant Sales.

Promising what their sales director, Denis McGrath says will be “our best ever and most comprehensive display”, McHale will attend with two dedicated, exhibition spaces, one displaying models from Komatsu and Komatsu Forest and the other featuring models from the Italian-made Merlo range.

Komatsu units featured will include a model WA320-8 and a smaller WA80M-5 from their popular WA wheel loader series. A favourite amongst agricultural contractors, the heavy-duty WA320 is specified for agricultural use with quick-release front bucket and forks attachments for silage harvesting, grain storage and bulk materials handling. 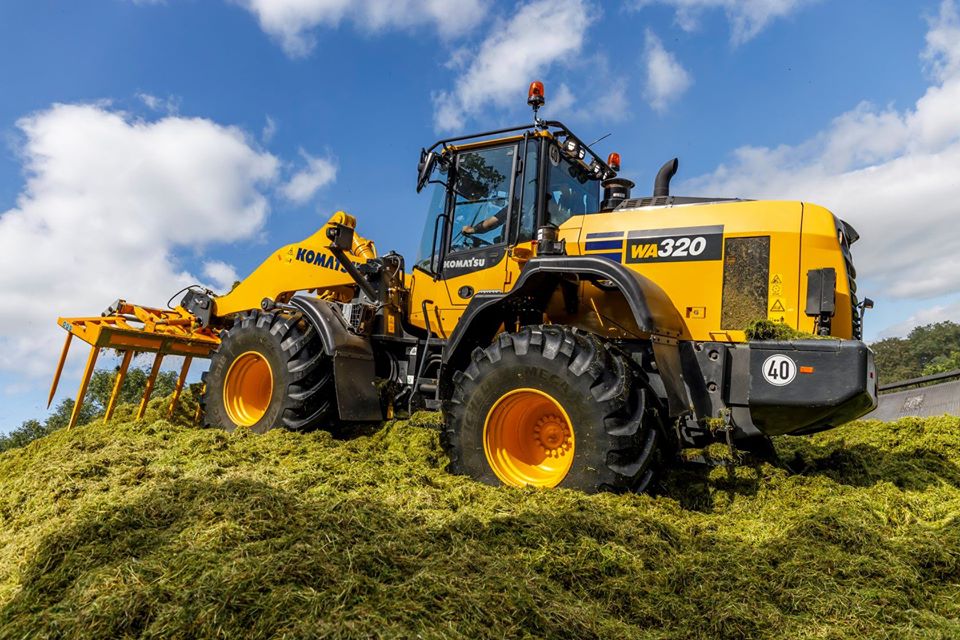 Amongst other Komatsu exhibits will be a PC170LC-11 large excavator, a PC30MR-5 mini excavator and a PC138US-11 – an ultra-short excavator with its long reach and tight tail swing which McHale Plant Sales expects will appeal to contractors whose own reach extends into construction, drainage, pipe laying, hedge thinning, fence building and other farm applications.

For forestry contractors, a 900-series timber Harvester from the Komatsu Forest range will also feature.

Highlighted on the Merlo stand will be telehandlers developed for agricultural and construction applications.

For agricultural users, the popular Merlo TF Turbofarmer range and Merlo MF Multifarmer ranges, models likely to feature will be drawn from the Merlo TF Turbofarmer range – main-selling units such as TF35.7, TF42.7, TF50.8 and TF65.9 turbo farmer,  and Merlo MF Multifarmer MF34.7 and MF34.9 units – the latter combining a telehandler at the front with tractor-like features at the rear that include PTO and a 3-point linkage. 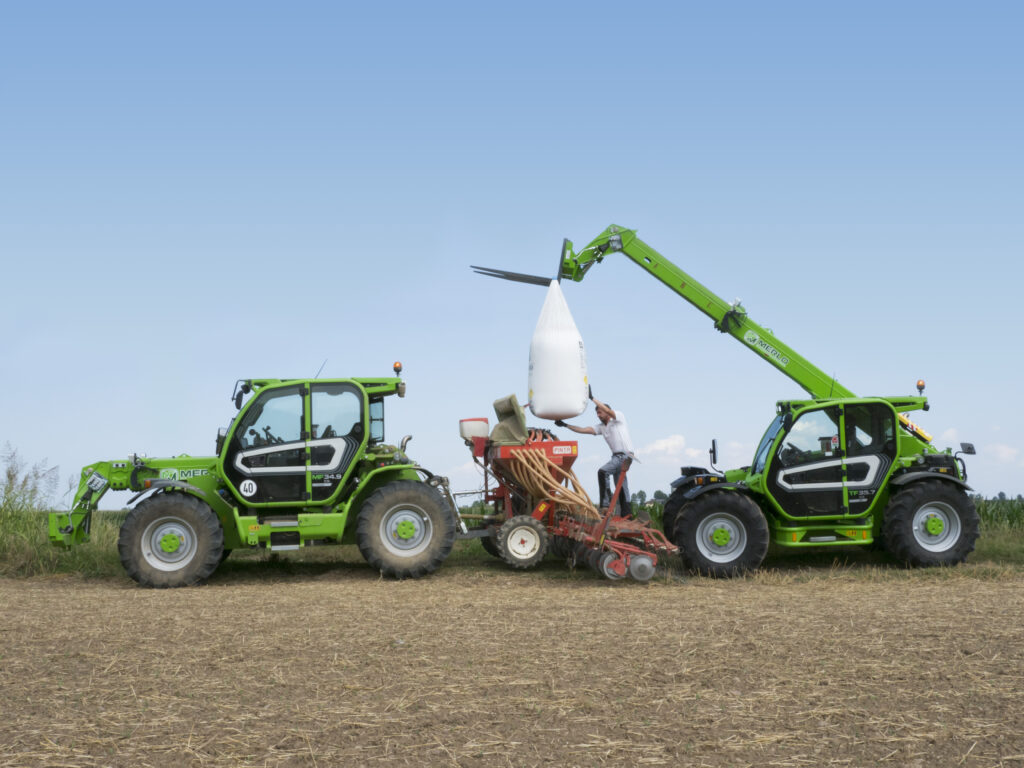 Construction units to be shown will include a full spec Roto 50.26S Plus and some models from the Panoramic range. 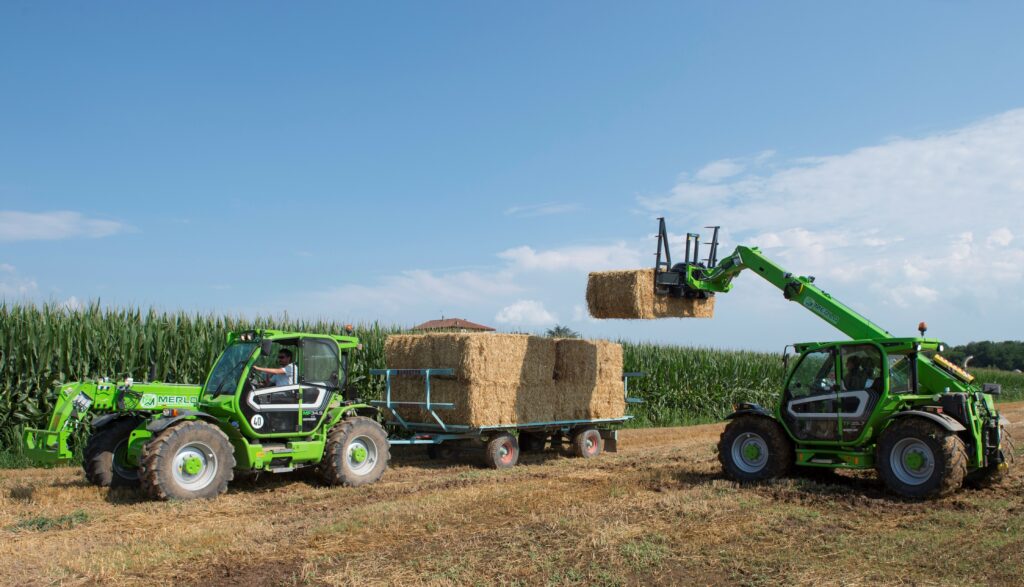 Also displayed will be one of the most intriguing machines to feature at the show: the recently introduced Merlo Cingo tracked carrier. Geared for farm and agricultural uses, and for landscaping, small-scale construction and utilities applications, the step-on-and-drive Cingo is a highly versatile trailer-size, dump truck (and numerous other applications machine) with capacity to carry loads from 400 kg to 1200 kg. Rapid coupling devices allow numerous different attachments to be used. 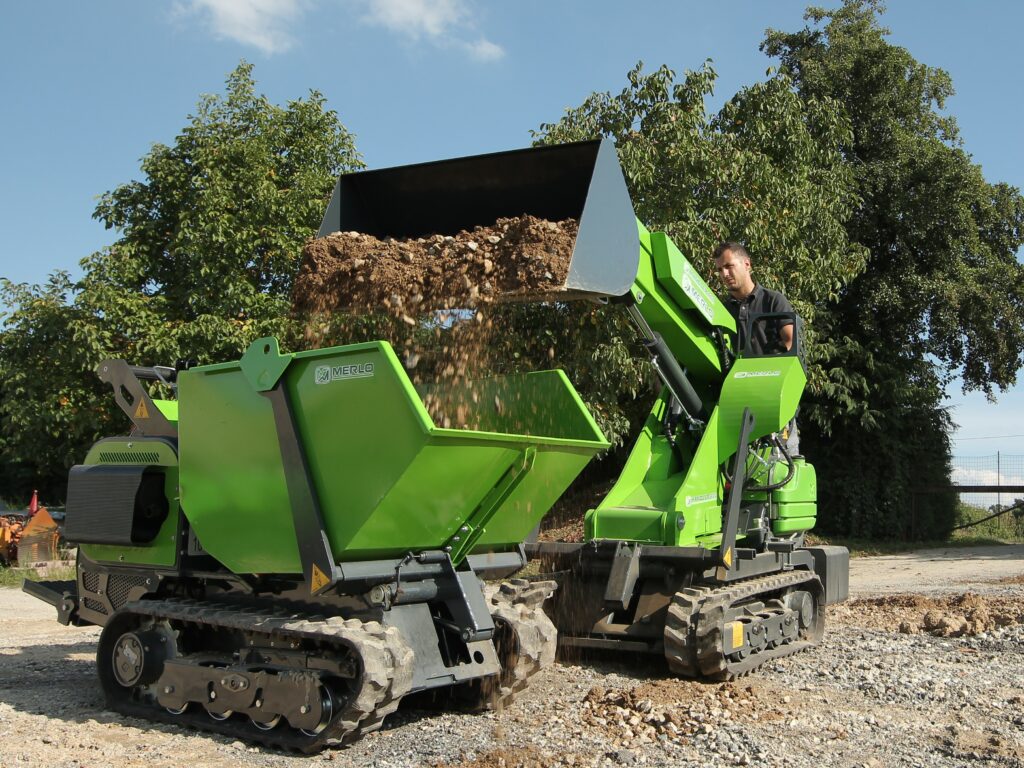 A low centre of gravity for maximum stability on slopes, with tracks that apply less ground pressure and provide greater adherence on uneven and irregular terrain are amongst its other characteristics.